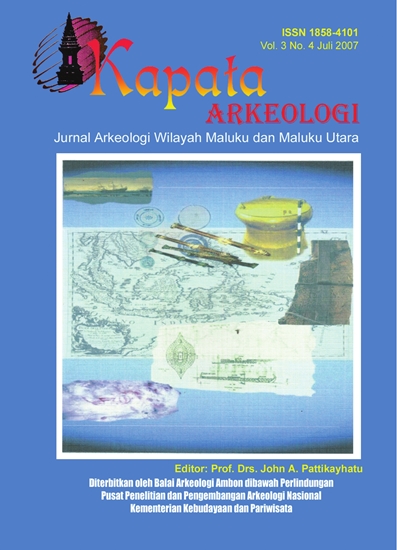 One of countryside in middle Regency Maluku region, trusted by Moluccassociety as a empire secondhand in old world. That countryside is so called of Countryside Sahulau. In a few history note and say society, mentioning this empire represent big empire founded by somebody coming from so called Buton of La Ode Muna. This Figure is myth as a miraculous but his body is not perfect, his body human being like snake. History note mention this empire fall to pieces in the year 1858 when a period of/to Dutch occupying. But regional previously this represent a empire region of a period of Islam and Colonial. If previously assumed this empire have annihilate and nothing; there is no existence marking and also considered to be a missing history, hence archaeology mean to try to attend something that have disappeared the. Pursuant to archaeology data, there are some indication that Sahulau is true aim to secondhand a empire of a period of/to Colonial and Islam. Some foreign ceramic evidence, walk stick Sahulau supported by area sites, environmental condition and the social face of society culture which look cultural growth of old world life which still hold out. Small tread of archaeology though still very the and need continuation data minim, but can early making way to tread empire Sahulau history therewith [his/its] cultural dynamic.

Kapata Arkeologi by Balai Arkeologi Maluku. Permissions beyond the scope of this license may be available at Copyright Notice.

Most read articles by the same author(s)